ten years. I love the creative aspect of graphics and art as well as music. Creativity is utmost in my endeavors. I love to build something new from nothing.

Ya know, it’s funny how many things a person decides they want to accomplish in their lives. How many of us actually get to do it?

Now I know at times I have stretched myself pretty thin, but hey, I have also had a lot of fun doing it. I think everyone should take advantage of whatever life has to offer. It’s far too short to sit around wondering if you should or shouldn’t, and then spend the rest of your life going, shoulda, woulda, coulda. Don’t ever let anyone tell you not to follow your dreams… 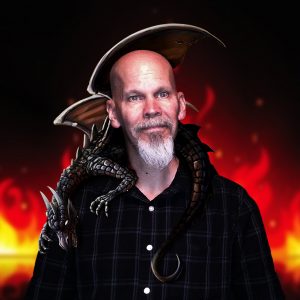 I have been writing short stories and doing other forms of art since I was very young. Math was never my strong suit, but the art of writing? Ah, now that’s what I enjoyed the most. Anything creative appealed to me, and writing gave me so much more than merely painting a picture. I could create anything I wanted using the written word. I wrote mostly Sci-Fi or Fantasy stories, short but sweet. I have written other stories which I will post here so you can read and enjoy. I always have some form of writing going on which ranges from non-fiction to fiction. Some things I have written are articles, and one book contained a compilation of spiritual stories which I self-published in 2002. 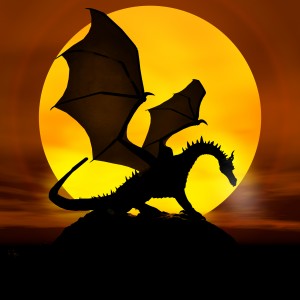 The Dragon Sage series began back in, oh, 1992 or so. When I got my first computer I started typing what I had written down on paper. Thus the Dragon Sage book began. The story started out as one, short novel and from start to finish it was about 35 pages.

Fast forward to 1998. I had not touched the Dragon Sage book since its inception and now I revisited it and began expanding on this world. Over the past ten years, it has truly expanded beyond my original aspirations. Now, Dragon Sage will become 4 novels. I tend to write them all at the same time. It really helps when I get writer’s block on one, then I move on to another and so forth. Needless to say, I am still working on the prelude to the Dragon Sage saga with a novel called Blood and Bane. I will be posting a sample chapter soon, so stay tuned!

I wrote Dragon Sage with a few twists thrown in. It isn’t your typical Dragons, elves, and humans stories. At this time, I don’t have a place for gnomes or other beings, although there are some unusual beings mentioned here and there. So if you are expecting something akin to other fantasy stories, you will find there are differences.

How long have you been writing?
Since I was probably ten years old

Where did you get the idea for Dragon Sage?
I read a lot of books and watched movies but never really saw much about good Dragons or Dragons and humans living together and being friends. As you will see in a later story, a warrior makes friends with a Dragon and speaks of their adventures.

What is your style of writing?
I tend to mix a lot of styles together. Not sure at this point what you could consider my style. I have been told it is third person omniscient, and highly descriptive.

Did you take writing classes?
Yes…and no. Not in the “get yer degree here” type of classes, or diploma for that matter. I took creative writing in school many years ago, but it was a few classes. Since then I have been to short term classes, writer’s meetings, and online informational courses.

What about those strange names?
I made up at least 90% of the names you see in the book. Some actually wound up being real names or words, but I wanted to have something really unusual.